Welcome to Weekend Writing Warriors where authors post 8-10 sentences from a published piece, work in progress or upcoming release. I've been sharing from the first chapter of Never Say Die: A Zombie Time Loop Story. Cassy is having a strange discussion with her parents. 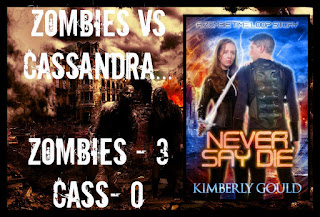 “You were just walking into the surf and then sat on the shore. You were so happy a moment ago.” Dad rubs my shoulder. He’s a full seven inches taller than me and his strength is always reassuring. Of course, at his words I don’t need reassurance, I need to be grounded -- it can’t be true, can it?

“Shut up.” My mouth sags a little. “It’s really July tenth? Manson is still in business? There haven’t been any...accidents?” 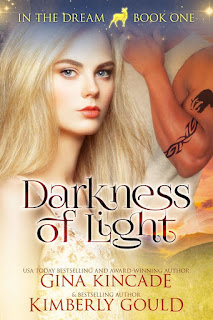 Another Sunday, another chance to read fantastic snippets from the Weekend Writing Warriors. If you've been enjoying Never Say Die, I'd like to point you at Creatures, a paranormal boxed set. It includes my newest release, Darkness of Light, as well as 20 other stories for only 99 cents!
Now, back to Cassy. Picking up with the last line of the last snippet:

“Yeah, well, it’s a pain in the ass when you don’t have reliable water and it gets caught in everything.” Absolutely true. After pulling most of a bush out of it the first night running from my rabid parents, I tamed it back. Then I got thrown into a pool of blood and wasn’t able to wash for two days. “That’s why I cut it off six months ago.”
“Six months ago you were asking Julie to braid your hair,” My mother’s brow is knit in confusion and I’m starting to feel the same.
“Yeah, if this really was July of ‘fifteen.” 2015, the year everything ended. 2016, the year those of us left tried to make a beginning.
“But…it is.” The sun gleams off the top of my father’s head and I wonder why heaven wouldn’t give him back his hair.

It's all about hair. No, it really isn't, but you'd get that impression from this snippet! You can purchase Never Say Die on most platforms or in paperback:
Amazon, Nook, Kobo, iBooks, paper. 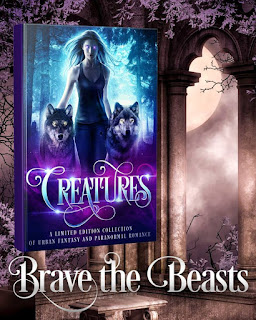 CREATURES is a collection of otherworldly tales from today’s indie-favorite New York Times, USA Today, and International bestselling authors!
You are about to enter the realm of Creatures, a boxed set packed with more than twenty enthralling tales of urban fantasy and paranormal romance! From witches to vampires, shifters to fae, and every dark creature known to lurk the pages of fantasy fiction, you’re sure to find yourself up past your bedtime and reading well into the witching hour!
So curl up on your sofa with a steaming cup of tea and PreOrder today if you dare brave the beasts! 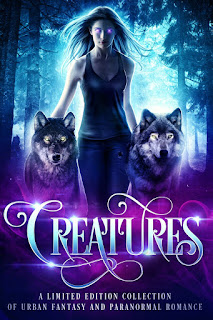 Don’t miss these thrilling tales of magic and shifters, angels and demons, star-crossed lovers and damnation.
If you love the paranormal mixed with fantasy, romance, a little bit of blood, and a whole lot of epic heroes, you will love this set!
You can score this killer set for only 99c for a limited time.
Posted by Kimberly Gould at 12:00 AM No comments:

Welcome to WeWriWa! Continuing from my last post, a couple of weeks back, here's the next 10 sentences. When you've read mine, be sure to hop on to all the others. Cassy had just found that her free flowing hair was getting into her eyes and mouth. 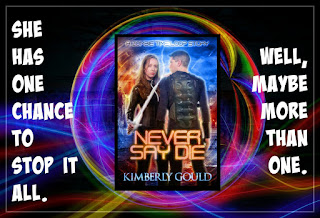 “You love your hair, honey. You’ve been growing it out since you were four.” My mother tugs on a lock. She’s right. It was my pride and joy, the way the light bounced off it giving highlights and redness. It has a gentle wave that is neither too curly nor stick straight. It gives it volume off the top of my head, looking full and luxurious. My friends always told me I should model in shampoo commercials. However…
“Yeah, well, it’s a pain in the ass when you don’t have reliable water and it gets caught in everything.”